Table of Content hide
1. Escape Artist
2. Xcape
3. Captivate
4. V-Room
5. Escape Hunt
6. Trapped
7. Lost
8. Lockdown
9. Captivate
10. Virtual Room Singapore
Frequently Asked Questions
Are escape rooms dangerous?
Can you take your phone in an escape room?
Can I do an escape room if I am claustrophobic?
Do escape rooms have toilets?

“Played the Last Light room in a group of 6 – fun set up, challenging enough for people who have played a few rooms before, and they didn’t give a limit for hints (we called 3 times). Easy to find, walking distance from Harbourfront MRT. Highly recommend! Can look on fave for a good price, or they have student prices I think.” ~ Lynn Wei via Google Reviews

“It was a very good experience and very fun as I went with my friends for this challenge. The staff were very helpful and the puzzles were interesting and unconventional. I would recommend this for anyone who is looking for a fun and bonding session with their friends!” ~ Christie Tan via Google Reviews

“The morgue was brilliant & well-designed. Went in a group of 7 on a weekday night which gave it more horror feel and I had fun! Most of the riddles/puzzles made sense and it included witty technology, carpentry, props, room interiors, cool jump scares & our literal involvement which really tested our courage! The game master was enthusiastic with lots of positive energy but I think it will be more exciting if he sounded more scary for the theme haha. Xcape is my favourite choice for escape room in Singapore!” ~ Chin Han Tan via Google Reviews

“Extremely immersive & really good ambience! The staff are extremely nice and very friendly! We went for the morgue and it really is fun and amazing for people who like haunted themes! Definitely not for the weak-hearted!! Very large selection of games so we will definitely come back! Prices are worth it too!” ~ Anne Dre via Google Reviews

“Super friendly staff, easy to book, and clever rooms! Tried out the new Alien room with some friends and really enjoyed the puzzles and solving them. Highly recommended!” ~ Jonathan Sill via Google Reviews

“I’ve done almost all their escape rooms and they’re all pretty fun! The booking system is simple and there’s no cash needed upfront:)” ~ Elizabeth Cheong via Google Reviews

You can see their wide range of Virtual Reality games at https://v-room.sg/games/.

“The games are fun and the people are patient to explain the usage of the VR equipment and game. Overall a very good experience and will definitely return if there is a chance.” ~ Sky Lee via Google Reviews

“The staff were very friendly and helpful! It was my first time going with a friend and they even allowed us to use a second headset for free:) the games were fun whether single or multiplayer!” ~ Hidayah Yazid via Google Reviews

Mystery of the 27 Club, The Secret Assignment, The Whitechapel Murderer

“Very satisfying escape room! Staff are friendly and helpful, with some new technology that I’d never seen before. There are multiple side rooms/levels, which makes the room more complex. As moderately experienced players, we escaped with one minute to spare, so we think it was the right amount of difficulty.” ~ Layne Foo via Google Reviews

“Super challenging and fun time ! Teamwork and brainpower required – but a truly comfortable band wonderful time . Room was clean large and set up well. Themeing was on point. Staff were very friendly and helpful when we were stuck. Props and free tea were a nice addition! 🙂 Would recommend and would return!” ~ Carter Lau via Google Reviews

Escape from the Mental Ward, Escape from Pulau Tekong, The Purge: Escape Room

“Trapped SG is located at a very convenient place in Orchard. We played Mental Ward and the puzzles were logical to follow. The room setup was really good – quite an eerie feeling (as though you had just stepped into a mental ward with crazy people). We were stuck in the first room for a long while, only to realise that the first answer was just there the whole time (we just didn’t see it). The other puzzles were ok to solve. We were successful in our escape and had great fun!” ~ Adora via Google Reviews

“First time at Trapped and I can say it’s probably the best escape room I’ve tried so far! My fam and I tried the mental ward and we had so much fun – finding the clues were really exciting and not too challenging to a point where it actually gets frustrating. Really awesome props and atmosphere. The staff were extremely friendly and helpful too. Will definitely return ☺️” ~ Surekka Kannan via Google Reviews

“I tried the Alcatraz Island escape room, and it was incredible. The puzzles were challenging, yet solvable, and took many forms instead of just finding clues or numbers. We called for hints multiple times, and received helpful hints from the staff without too much information being given away. Overall, I enjoyed the experience and would definitely try the other escape rooms at LOST.” ~ Wolf Wolf via Google Reviews

“Locating the place is a challenge if it’s your first time there. The place is located quietly in a corner at third level of peace center. When you reach Peace center, climb up the stairs till you are at level 3, just Turn Right”” and you will see posters of the games. The room I played was the easiest and it required us to break out of a prison cell. Room was fairly simple and interactive. Requires teamwork between friends to solve. Staff was really friendly and the briefing was done in an efficient and clear manner. Even though we were locked in, the staff was clear in explaining the escape routes. An intercom was also located in the room for us to ask for hints. Really fun escape room. I will definitely come back to try other rooms. Thank you for the experience!” ~ Jessie Reviews via Google Reviews

“A good choice for first-timers as the themes are less scary. Good one to start for younger kids who are interested in problem solving.Definitely want to go back to try other rooms. Thanks for the great experience.” ~ Caline Koh-Tan via Google Reviews

“I had a good game with my friends! We needed hints but I like how it gives some clues before revealing the answer so we can try to figure it out on our own. Also, the escape room has different mechanisms so it’s not all locks and number codes so it’s fun.” ~ XJ Lim via Google Reviews

“You need to go to this escape room!😍 amazing activity for your family or group of friends, of course in a group of 5 hahah. Tricks and clues are hard and mind boggling but so innovative and smart, with amazing room designs and props to set the scene. 10/10 recommend 😋” ~ Quinn ALDRICH via Google Reviews

“Had a really fun time solving the clown room. the game is perfect for team building and improving communication. i’ve been to many escape rooms and the concept for each room was well-thought out. highly recommend this escape room for medium sized groups.” ~ Claire Lee via Google Reviews

“Really fun and mind-blowing VR experience! Best with a group of 4. Like playing an escape room but in a virtual world. Played 3 chapters so far, and I’m still awed every time. Highly recommend for team bonding or just a good time with friends.” ~ A O via Google Reviews

“Amazing place for Virtual games. Spent 1 hour there and had a blast! I was surprised to have my own private room to spend exploring and solving their puzzles like space missions, time travelling and sea diving. My friend and I were on a private call, so we could co-operate and figure out how to solve each level. Overall, The experience was phenomenal. I Highly recommend newcomers to check out this!!!” ~ Stale via Google Reviews

No, they are perfectly safe. The only things you may find dangerous are scary props, especially if you are doing a room with a horror theme.

Can you take your phone in an escape room?

No, phones are not allowed.

Can I do an escape room if I am claustrophobic?

Yes, as escape rooms are safe environments and are designed for your enjoyment.

Do escape rooms have toilets? 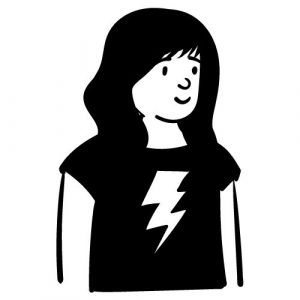 Catheryn Wong
Let's just say that Catheryn loves planning... a lot. She spends her free time exploring what to buy for dinner, scheduling a date for housework, checking when is the next birthday celebrations, etc. That explains why she has a unique writing style and the way she shares her experience.
PrevOlder Stories
Newer StoriesNext

Subscribe to our fortnightly newsletter with stories from our latest adventures. 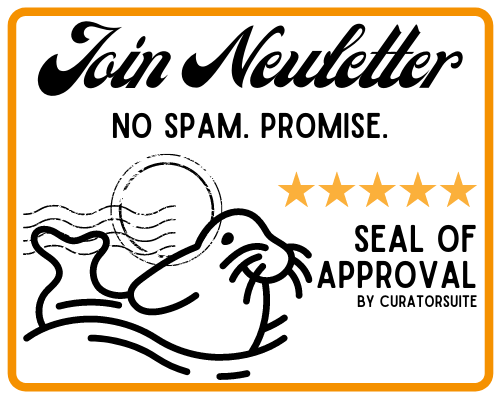 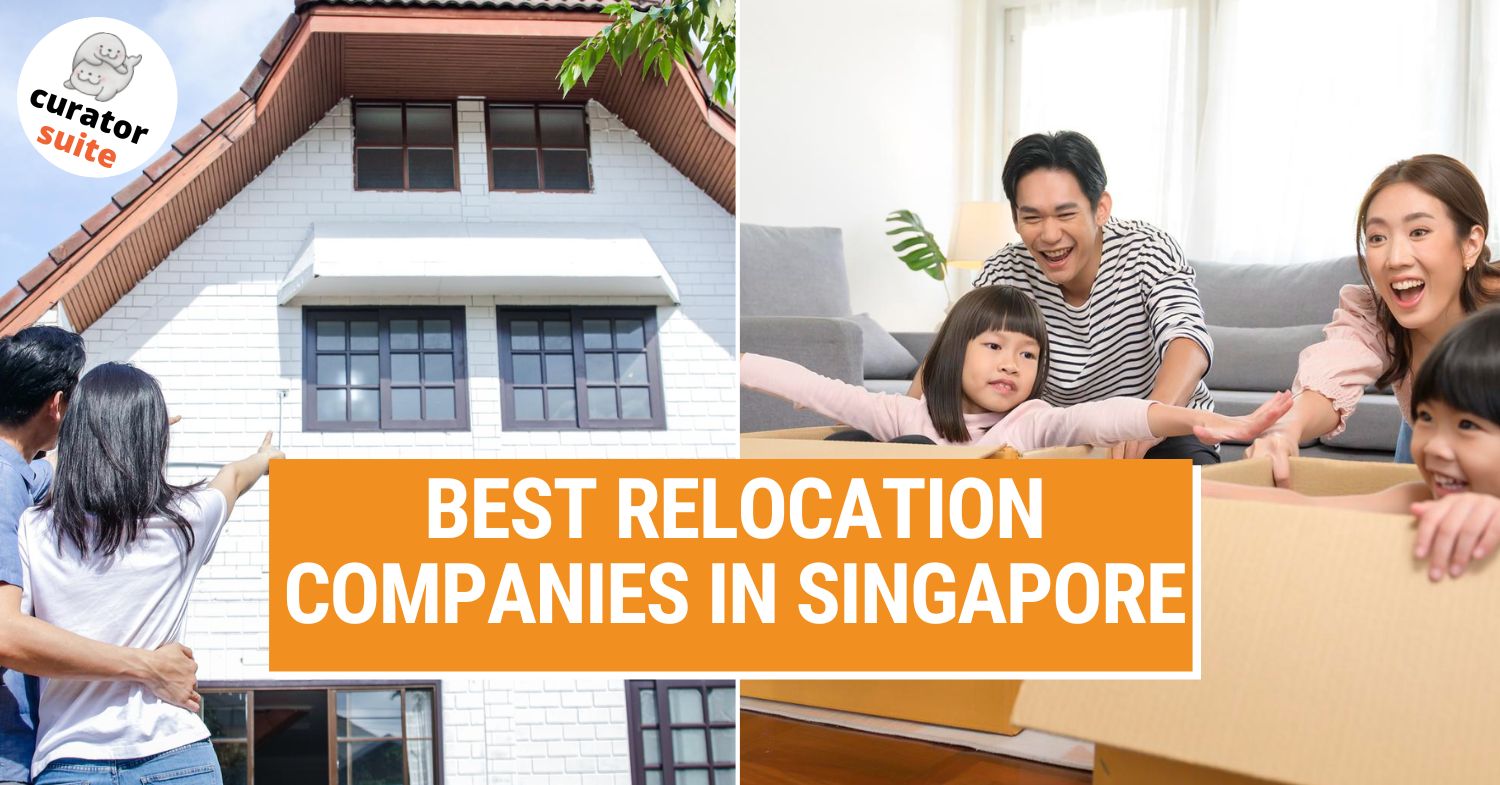 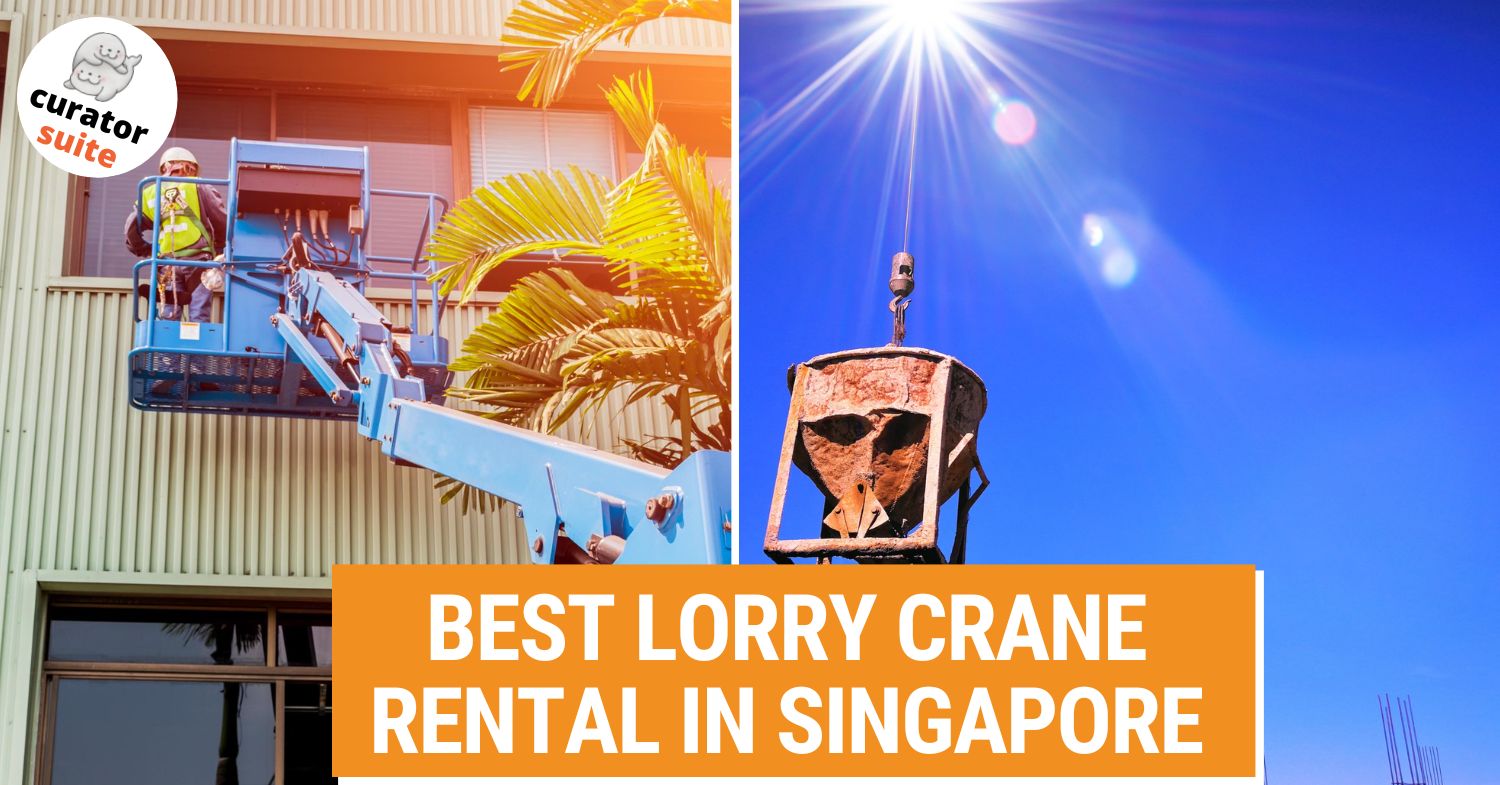 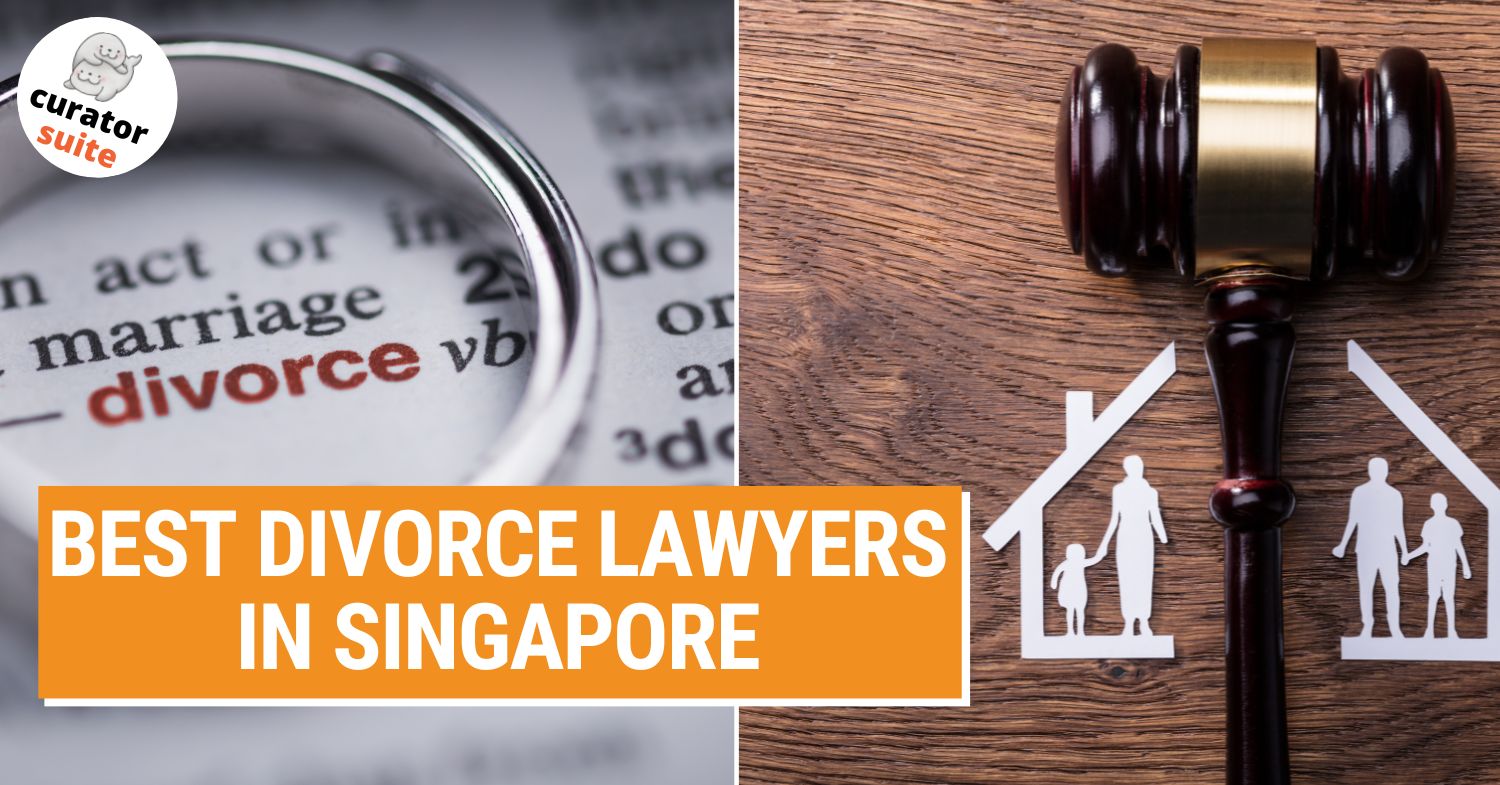 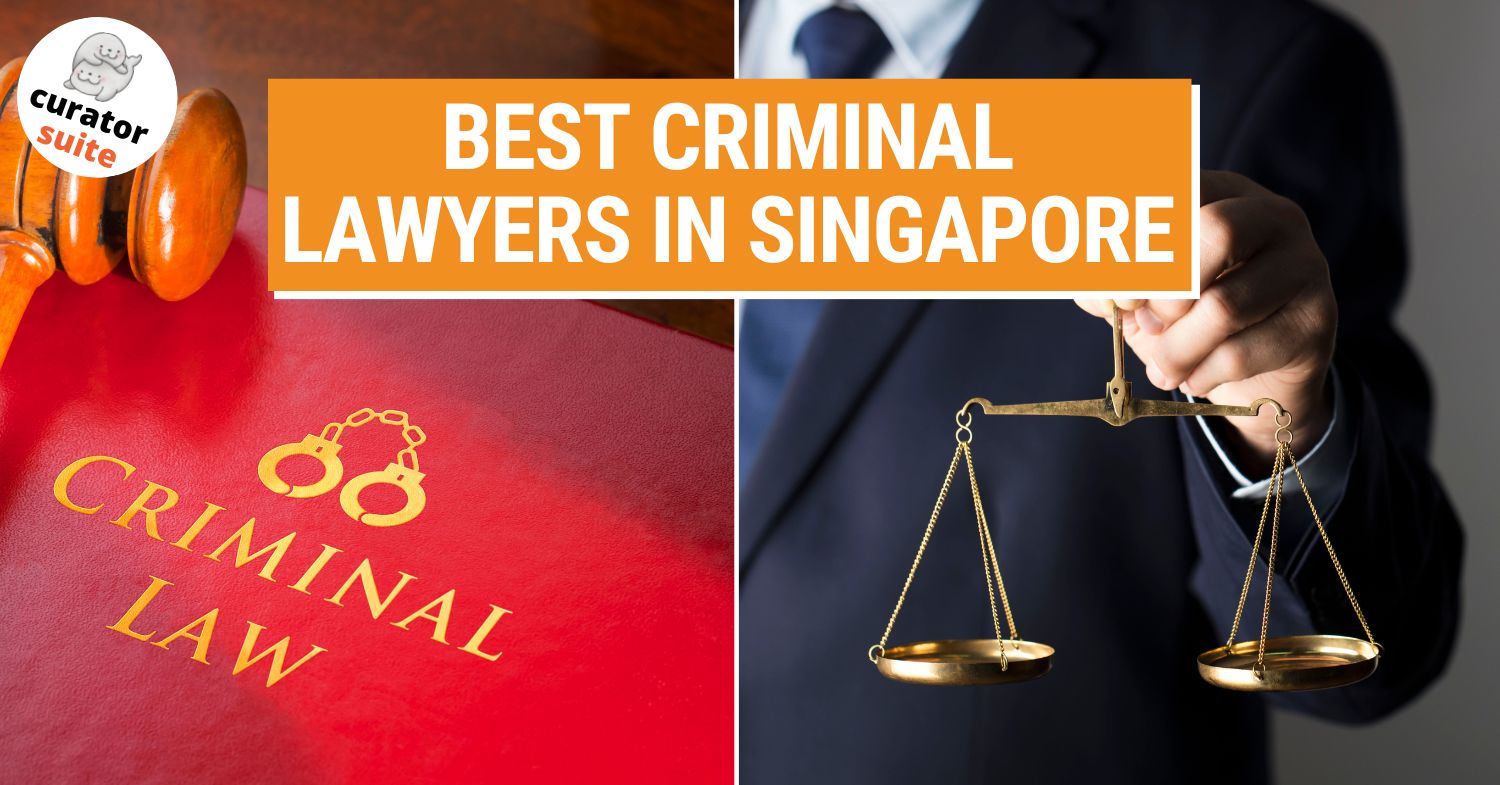 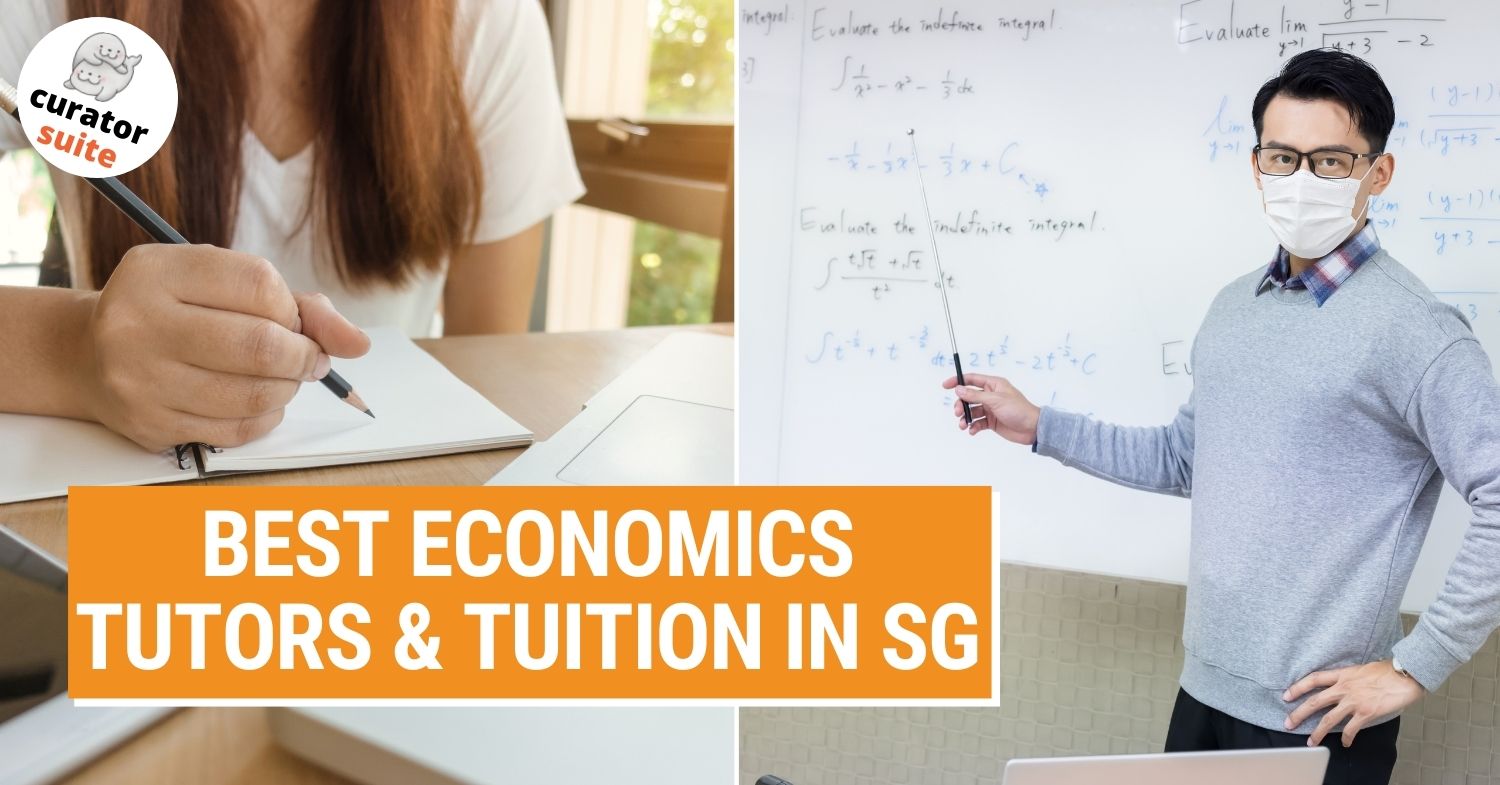 Subscribe to our bi-weekly newsletter with stories from our latest adventures. 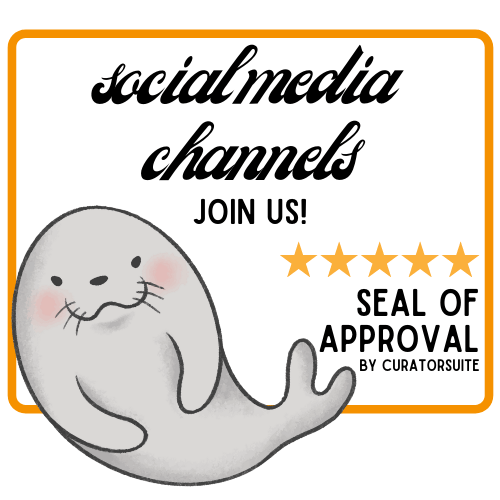 DISCLAIMER: The products and services recommended in this site are subjective for everyone. Please understand that the reviews are for general informational, educational purposes only and is not a substitute for professional advice. You agree that any employees working for curatorsuite including (but not limited to) their editors, publishers, bloggers doesn’t guarantee the results you’re excepting.

Please read the Policies & Terms of Use of this website. curatorsuite will not be held liable for your actions. You are solely responsible for your own decisions and fully capable of evaluation.

Policies & Terms of Use | HTML Sitemap | SEO by bestseo.sg

"Being organized isn't about getting rid of everything you own or trying to become a different person; it's about living the way you want to live, but better." - Andrew Mellen

Get A Does Of Simplicity: